A gold star has been licked by Head of Research and is ready for application to the broad Morrison forehead when he next pays a visit to the Glass Pyramid Turkish Bath complex.

Considering the Glass Pyramid has been quite firm with the Treasurer in recent weeks – readers may be asking why the rare honour of a gold star? 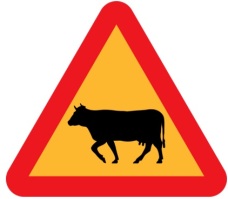 Mr Morrison has said “No” to the proposed sale of the massive pastoral holdings of S. Kidman & Co to interests connected with a foreign government and that requires a degree of bravery in a political environment where the press is packed to the rafters with nitwits who think freedom to sell Australian land, industries, infrastructure and other assets to foreign interests is a good idea (Mr Robb and Ms Penny Wong/Joel Fitzgibbon) or refusing to do so is somehow racist or xenophobic (Ms Penny Wong and Joel).

Update:  Senator Wong was on Radio National this morning (2 May) and did a splendid job of dodging and avoiding the important question of whether the ALP also opposes the sale of Kidman to foreign owners.   Unfortunately, the only point that she seemed interested in making is that Asian attempts to acquire ownership of Australian capital assets should not be blocked more readily than those from our other trading partner/rivals – such as the USA, UK and Europe.   Good point Senator!  Neoliberal ideological attempts to flog off the country to our northern hemisphere ‘Anglo allies’ should be opposed just as strongly.

David Uren was quick off the mark and riffed a few themes from his recent book on why selling off Australia is such a splendid thing to do.

His opening salvo was as follows,

His decision, which appears to require the Kidman assets to be broken up, ensures they will not be developed to their full potential, and the opportunity to establish a major Chinese-owned beef business exporting to the lucrative Chinese market has been lost.

Yep – you best read that again.

Mr Uren reckons the problem is that we have lost the opportunity to have a Chinese company own a beef production facility in Australia and export the production to China.

Has Mr Uren been asleep over the last few weeks and missed the public outrage how international companies use transfer pricing, sham loans and a range of other devices to shift the profits of their operations offshore?  I suppose if we find that happens with the Kidman property we can just ask the Chinese government (that is connected to the company proposing to buy the property) nicely for the return of some of the profits that get shifted offshore.

The only people who will make a dollar out what Mr Uren proposes are the big end of town guys and gals organising the deal and, if we are lucky (and this is not guaranteed with the loose definition of ‘skills shortages’ in our visa program), a few local cowboys flying choppers to round up the cows a few times a year.

According to Mr Uren, Australia is still as poor as it was back in 1824 when a group of British investors decided to put a few British pounds together and run some cows on land in the outback.

“……That will not be realised if we erect barriers to Chinese investment. Foreign investment has been crucial to the development of Australia’s pastoral industry, ever since Australian Agricultural Company was formed by British investors in 1824.

The outback pastoral industry is a tough business. It has years of great profits separated by years of drought. It requires patient ­capital.

Apparently 190 years later we STILL don’t have enough patient capital to run cows – which is a bit odd because only this week Mr Morrison and Mr Turnbull were extolling the virtues of mum and dad investors who were willing to plough the deep furrows of existing property for 20-30 years of patient investment in the hope of passing on a homestead to their 1 year old daughters.

And that is leaving to one side the exploding size of the SMSF sector which is hungry for simple long term investments for their retirement.

According to Mr Uren, there is no money to be had for agricultural investment from the retail and industry super funds either.

That is why superannuation funds do not support the industry. They need to generate their quarterly returns and provide their funds managers with quarterly bonuses. Pastoral companies have struggled on the stock ­exchange for the same reason…”

“…Adding satellite-controlled watering points enables fuller use to be made of its vast land areas, but deep pockets are required to fund this capital investment. Foreign investment is the most obvious source….”

If Mr Uren is correct and we have a Federation Drought of patient capital perhaps the solution is to change a few of the idiotic tax and other government policies that are making our trillions of dollars of capital sunk into existing residential housing and superannuation a bit neurotic and impatient.

So foreign investment is not the obvious source of the required capital to stick some satellite controllers to watering points at all.

Plus what happens when we decide that it would be best for the enviroment if the properties run fewer cows than the foreign owner likes?  Get taken to court under a ISDS clause and sued for the reduction in the value of their investment?  Have our rissoles banned from the finest restaurants in Beijing?

Plus why on earth would anyone think that China with its massive population earning very low incomes and still largely living an agrarian lifestyle has capital to spare to improve OUR pastoral lands? Might the exporting of capital to Australia have something to do with old school mercantalism and a desire by the Chinese to push down their exchange rate by buying something more solid than a US treasury note.

Wouldn’t it make more sense that a country as rich as Australia and brimming over with capital – patient, impatient or otherwise – and the know how to run pastoral holdings -invest in the local industries that will be supply mountains of juicy red steaks to China?

Beef exports to Japan doubled through the 1980s and rose a further 70 per cent in the 1990s, ­rewarding the Hawke government’s political courage…”

What Mr Uren is implying but not spelling out is that Japan would only accept our imports if we first sold them the land, the cows and the industries that support them.   Finally when we sold them the means to produce beef they allowed us to export more beef to them.

A strategy for stupid folk.

No need to point out that even after we sold chunks of the beef industry to Japan they still kept a bunch of tariffs and quotas on our beef which they still have not agreed to fully remove immediately under the Japan-Australia free trade agreement that Mr Robb rushed to conclude before his retirement – it’s that ‘legacy’ thing that old pollies dream about.

Yet Mr Uren reckons this is a great example to follow and we should sell off large chunks (2% of the agricultural land in Australia) to foreign interests connected to the Chinese government EVEN when the Chinese refused to immediately lift ALL quotas, tariffs and other restrictions in the recent Chinese Australian Free Trade agreement “ChAFTA”.

That dud deal signed by Mr Robb basically boiled down as follows – China has freedom to buy our capital assets in great big lumps (but we don’t get to buy theirs) and in return they may let us sell a few more chops and snags at some point in the future.