The end of Oz car manufacturing – “Mission Accomplished” by the LNP, RBA and APRA

So the end of Australian car manufacturing has arrived with closures of both the Toyota and Holden plants to take place by the end of October.

Next year Australians will buy close to 1,200,000 vehicles at a cost of approx $40B (assuming each car costs approx $30,000) and they will all be imported from our trade rivals like France, Germany, England, USA, Italy, Sweden, Japan, Thailand, Korea, China, Russia, Austria and all those other countries that reckon maintaining heavy industry and manufacturing skills is a very good idea.

The Government led by Malcolm Turnbull, the Reserve Bank of Australia and APRA can now all step forward and announce  “Mission Accomplished”.   Don’t be shy ladies and gentlemen this achievement is all about you.

Perhaps Mr Pyne could drop by with a shovel for a formal burying of the Australian car industry ceremony.  Invite Joe Hockey to fly in from Washington so he can tell us about the “hard yards” he is doing at taxpayer expense on the Washington cocktail circuit and then explain how shutting down Australian car manufacturing was his proud legacy as a Liberal Party Treasurer.

Don’t forget Barnaby Joyce, as the Kiwi secret agent is always good at explaining why failure is in the national interest.

It is worth keeping in mind that it was only a few years ago that we were exporting cars and components across the world including to places like Thailand.

But that was before the clowns at the RBA, APRA and in government decided that we should allow a mining boom and private debt boom, goosed with ZIRP capital inflows, more “room” to send our exchange rate through the roof and rip the guts out of much of our export and import competing industries.

We can always debate whether positive protection of specific industries is warranted and, if so, how much protection and for how long – the debates that our trade rivals never seem to have as they continue to protect THEIR key industries – but what should be beyond debate is that it is stupidity of the highest order to effectively impose a tariff on your industries, businesses and workers by inflating your exchange rate with unproductive capital inflows to drive a bubble in household debt and residential asset prices.

How to not “Buy Australia” 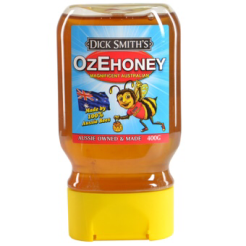 As for the mining boom one need only look at what the Norwegians have done to convert a massive commodity asset like oil into a long term income producing productive investment.

But nope Australia either gave way a massive % of our mineral assets to significantly foreign owned mining companies or allowed the rapid extraction of them to drive up the exchange rate and in doing so drive present day consumption of imports.

Take a bow Australian policy makers – you really have given the feet of the nation a blast with both barrels.