This is part 3 of the multi-part series “Fixing Oz Banks”.     Earlier parts appear below:

Part 1 discusses how private banks use their legal privilege to ‘take deposits’ to create deposits ‘out of thin air’ and demand interest to make them available to the public.

Part 3 discusses how the relationship between the Central Bank (RBA) and the Private Banks with regard to ‘deposit creation’ should be reversed and the RBA become the exclusive and interest free creator of the deposits required by the public monetary system. 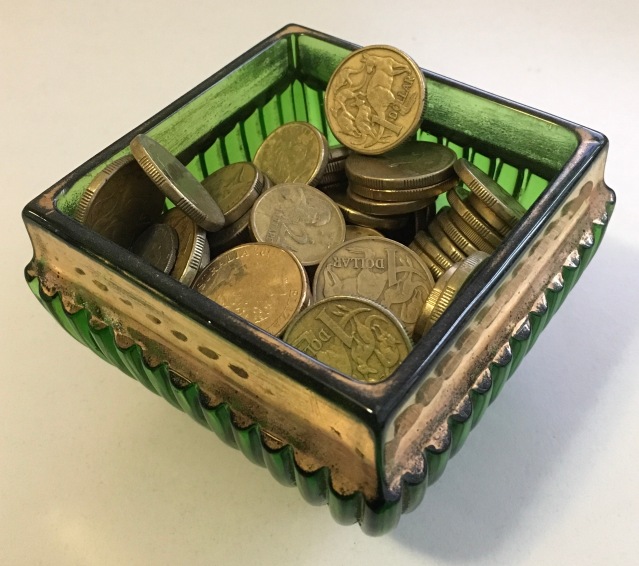 In simple terms the current relationship between the public Central Bank/RBA and the private banks should be reversed.   The RBA should not be bending over backwards and doing everything it can to support the private bank business model, of charging interest for creating deposits ‘out of thin air’. The RBA should instead be creating as many 100% risk free Central Bank deposits as the economy requires and do so at zero cost.

Why pay a private bank to do what the publicly owned RBA can do at zero cost?

Once the RBA is in charge of creating 100% of the deposits that the economy requires, the private banks can focus on  intermediating the deposits created by the RBA.  Ironically, this is what most of the public think they are doing already.  So they should not have too much trouble adjusting to the role change.

See Part 1 for an explanation of how banks create deposits ‘out of thin air’ when they record a loan agreement in their accounts.

The purpose of this post is to take a closer look at what the RBA actually does and how it could easily take on the responsibility of creating all of the ‘deposits’ that the Australian economy needs.

The RBA can create deposits out of thin air too!

A lot of private bank enthusiasts, apologists and lobbyists like to pretend that the banks  do not create deposits ‘out of thin air’.  Invariably they are outraged at the suggestion.    Most of the time they insist that banks merely take the deposits of hard working folk and lend them to other hard working folk who are just trying to get ahead.  This is misleading and deceptive but their motivation for doing so is obvious.  If the public understood that banks create deposits out of thin air (and charge the public to do so) people are likely to take much more interest in and question the rationale for allowing private banks this power.

But rather then be distracted by the bald denials and obfuscations of the private banking squad, the important issue for discussion is who should create deposits ‘out of thin air’ for the purposes of the public monetary system?

The RBA owned by the public or the private banks?

The process is quite simple and very similar to how the private banks create deposits ‘out of thin air’.

In short, the RBA buys assets and when it buys an asset it creates a “deposit”.

Cr        Deposit in favour of person selling the asset to the RBA.

Just as private banks create a ‘deposit’ when they buy an asset such as a loan contract.

In both cases the deposits are created ‘out of thin air’ because nothing has actually been deposited and it costs next to nothing to make the required accounting entries.

So what kind of ‘assets’ does the RBA buy?

A quick look at the balance sheet of the RBA as at 8 August 2018 shows that its assets currently total $169 billion    and consist of three main types of assets:

In addition to the liabilities ($36 billion) that are actually called deposits, the exchange settlement ‘ES’ accounts are also deposit accounts. The ES accounts are the RBA deposit accounts of the private banks / ADI (some ADI share an ADI account).  The other deposits are mostly deposits of the Australian governments (especially the commonwealth government)

Every purchase of an asset by the RBA results in a debit entry and a corresponding credit entry.

The interesting thing about gold is that these purchases usually do involve something being ‘deposited’.

What are the “Australian dollar investment”  Assets?

For a detailed breakdown of the Australian dollar investment (assets) click here and check out Note 15 to the Balance Sheet in the 2017 financial statement.

The detail is not particularly important.

What is important is that most of those Australian dollar investment assets are bonds and other securities, in other words ‘bits of paper’ and the purchase of them by the RBA results in deposits being recorded in favour of whoever the RBA bought them from.

“..Liquidity risk is the risk that the RBA will not have the resources required at a particular time to meet its obligations to settle its financial liabilities. As the ultimate source of liquidity in Australian dollars, the RBA can create liquidity in unlimited amounts in Australian dollars at any time. A small component of the RBA’s liabilities is in foreign currencies, namely foreign repurchase agreements…”

This is interesting and ultimately very revealing about the nature of the operations of Australia’s publicly owned Central Bank the RBA.

The RBA does not buy ‘assets’ direct from the Australian government.

The RBA – owned by the public – may state that it can create unlimited liquidity but it cannot exercise that power when it comes to buying directly Australian dollar investments (bonds) issued by the Australian government.

Clearly the Australian central bank has no reluctance in buying Australian Government financial assets (bonds) – it currently holds quite a few billion of them – but it will not buy any direct from the Australian government.  Generally it will only buy them from the private banks.

And we know that the Australian government produces plenty of bonds to buy as the Commonwealth government debt now tops $500 billion, so there is no shortage of potential ‘assets’ for the RBA to acquire.

So what is the problem?

The reason that the RBA will not buy bonds direct from the Australian government directly and in doing so create billions of dollars of deposits is to simply to ensure that the private bank creation of deposits ‘out of thin air’ continues to dominant the Australian monetary system.

It is that simple and blunt.

The RBA does not buy financial assets directly from the Australian government because it is trying to support the domination of the monetary system and the economy by the private banks.

Needless to say the private banks spend a fortune on political campaigns and strategies to prevent or shutdown and discussion of the possibility of the RBA buying assets direct from the Australian government.

This creates the impression that ‘money’ spent by the Australian government that exceeds tax receipts is coming from ‘someone’ and that is why the Government must pay interest on the ‘money’ it obtains.

It is a deliberately misleading and deceptive process and has a single purpose.     To restrict, inhibit and render costly the democratically elected governments access to the fundamental power possessed by the publicly owned central bank……the power to create deposits for the Australian government at near ZERO cost.

The most absurd part of the the “government selling bonds to private banks” scam is that public deposits are actually created by the RBA but in a way that is carefully obscured by a series of accounting entries.

The chain of accounting entries that arise from government bonds sales.

When the government sells a $100 bond to Bank A its internal accounting entries are:

The internal accounting entries of the RBA are:

The internal entries of the Bank A who purchases the bond

The government now spends the $100 deposit in its Central bank account by paying a pension to a customer of Bank A.

In short the process has done nothing more than provide a private bank with something it desperately needs to stop its deposit creation out of thin business model from imploding.    A supply of 100% risk free public financial assets.

Government bonds are even better than public notes and coins to a private bank.

Because the RBA is always happy to buy something as secure as a government financial asset and create central bank deposits in favour of the party selling the asset to the RBA. Just so long as it is not the government that is selling it.

But then the real purpose of this arrangement is to support and not undermine the privilege of private banks with regard to deposit creation.

If the Australian government wishes to continue to spend more than taxes raise, the sequence of transactions and accounting continue with the result that the bond assets of the private banks continue to rise ALONG with the obligation of the Commonwealth government to pay interest on those bonds or sell the bonds at a discount to their face value.

When the stock of government bonds held by private banks rises into the hundreds and hundreds of billions the cost to the public also continues to rise.   To argue, as some do, that the solution is for the government to simply issue more interest bearing bonds (or sell bonds at a discount) to pay the interest on pass bond issues is NO solution.

What if the RBA could buy bonds direct from the Government?

If the RBA was permitted to buy bonds direct from the government the accounting is much simpler.

First point is that the bond would be sold at face value and would pay no interest.   There is no point in having the government pay interest to the publicly owned RBA.

When the government sells a $100 bond to the RBA its internal accounting entries are:

The internal accounting entries of the RBA are:

The government now spends the $100 deposit in its Central bank account by paying a pension to a customer of Bank A.

Even simpler would be to allow the Customer of Bank A to open a deposit account at the Reserve Bank of Australia.

Perhaps along the lines suggesting by:

Then the accounting entries to record government spending of government deposits at the RBA would be the following:

Pretty simple and no private bank involvement at all.

It time for the Reserve Bank of Australia to be authorised to purchase bonds and other financial assets issued by the Australian government.

It is time for the Reserve Bank of Australia to act in the interest of all Australians and not just protect the highly profitable business model of private banks.

Reversing the current relationship between the RBA and the private banks simply involves expanding the already existing power of the RBA to create deposits ‘out of thin’ by buying financial assets directly from the Australian government.

The diagram below summarises how the relationship between the RBA and the private banks with respect to deposit creation must reverse.