MacroPru Crew:  The myth of Macroprudential

In recent years a number of enthusiastic groups, the “MacPru Crew”, have claimed that if only the RBA/APRA would fully embrace the doctrines of Macroprudential regulation, 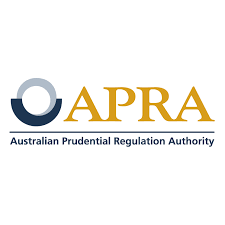 Australia could have a monetary policy magic pudding and eat it.

The theory works as follows:

For many years the MacPru Crew howled with outrage as assorted priests from the RBA and their minions in the private banks dismissed talk of MacPru as crazy talk.    After all MacPru involved some acceptance that the divine grace with which the private banks ‘allocated’ credit in the economy may not be quite so divine.

Plus more practically, the orthodox econ priesthood were not convinced that it was possible to offer tasty super low interest rates and limit access to them to the clean and pure of heart.  Spotting that type of person is not generally what bankers are trained to do and speculators and asset price ponzi merchants can appear positively vestal when there are fat capital gains at stake.

Eventually, as the sad post GFC world staggered on, suckling from the teat of increasingly bloated asset bubbles and their ‘thin milk’ of trickle down wealth effects, the MacroPru Crew gained some ground.    A few international banking research groups toyed with the idea that a bit of MacPru fiddling was compatible with the splendid independence of new wave Central Banking.

But still the hard heads at the RBA resisted the MacPru Crew pleas and did not implement MacPru.   This according to the MacPru Crew meant that the target rate remained too high and along with it the $AUD.

Finally the RBA and APRA gave some ground as they were increasingly confounded by the $AUD’s refusal to sag after the mining CAPEX ended, a few decades early, and as an alternative exercise in economic Central Planning by the unelected, they decided that the best solution was to ‘stimulate’ the migration of hundreds of residential unit construction cranes to inner city postcodes and ‘transport hubs’ across the nation.

However, even the RBA and APRA realised that all those people packing into Skyboxes would need something to do after all the construction activity building the Skyboxes ceased and the ‘resilient’ $AUD was killing off all the likely candidates including car manufacturing.

Something (but not much) had to be done – but only within the confines of the existing tool-less orthodox neoliberal toolbox.

So in the face of asset price hot spots up and down the coast and a Federal Government who supports asset price speculators as National ‘Heroes’, the RBA and “Silent Bob” APRA relented and instructed the banks to ration credit to ‘investors’ especially those from offshore with hard to read income documentation.

The MacPru Crew celebrated these concessions with much joy but when they failed to ‘work’ – the asset prices and $AUD kept bubbling away – they demanded that the RBA endorse and APRA enforce even tighter controls on credit allocation so that the RBA could cut the target rate still further without adding fuel to the asset price bubble.

Clearly there is nothing like failure to recommend following same approach even more vigorously.

More cuts to the target rate and more MacPru that does not work.

What the MacPru Crew don’t appreciate is that RBA/APRA understand that any ‘effective’ action they take to target the exchange rate is likely to drive up local mortgage rates and in doing so cause in a collapse in home lending and along with it the Debt Machine model driving the Australian economy.    And as the RBA/APRA do not support alternatives to the Debt Machine model they are not very keen on any actions that are likely to target the $AUD.

So why are the MacPru Crew so wrong?

The MacPru Crew’s hearts are in the right place but they are wrong for the following reasons:

So what is the alternative?

The solution to this impass is simple  yet bold  – so that rules it out as a policy option for Australia unless we get our own Crocodile Trumpee.

The MacPru Crew mean well but they are doomed to endless disappointment unless they realise the droids they are looking for are elsewhere.