The Banking Royal Commission has been dredging up more banking and finance muck than a plumber’s sewer pump, with the government complaining and making excuses every step of the way.   Will this burst of judicial sunlight on a dark corner of our economy finally ‘pop’ the massive Australian housing bubble that the Liberal Party has been watering and feeding so carefully over the last 20 years.

One of the most entertaining aspects of the Banking Royal Commission has been observing the behaviour of the Liberal Government of Malcolm Turnbull and many of his senior ministers.  Those guys and gals have found almost every banana peel on offer and jumped on with both feet.  They seemingly cannot resist an opportunity to make fools of themselves.

What is driving this?

Why has the Liberal Government spent the last 2+ years fighting the establishment of the Royal Commission so vigorously (until several National Party MP’s forced their hand) and then done such a great job of leaping under the front wheels of  “Hayne’s Harvester” every chance they get? 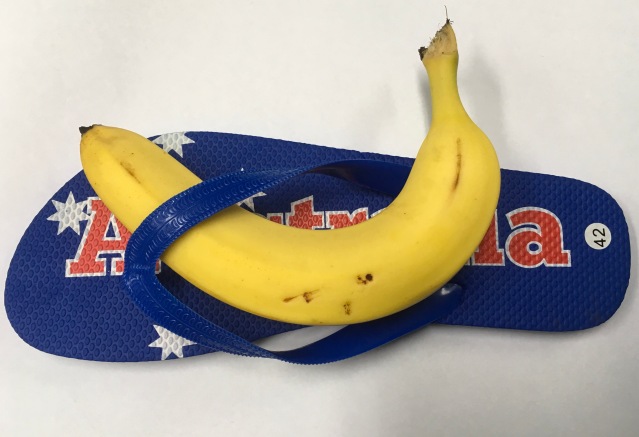 It really is all about them?

The answer is pretty straightforward.

Malcolm’s crew know full well that the Royal Commission is really about THEM and the Liberal Party’s economic management of the Australian economy over the last 20 years.  They created this mess and they feel guilty and ‘implicated’ by every shonky finance broker, loan officer, financial planner and sneaky bank senior manager and board member that is exposed.

They know that all the crookedness and sharp practices of the bankers (and the dough nut munching regulators who did next to nothing) are a trail of crumbs that lead right back to the economic policies and strategies of the Liberal Party Governments of John Howard, Tony Abbott and Malcolm Turnbull.

Step by step the Royal Commission is exposing the fundamental defects of the economic model used by the Liberal Party to ‘drive’ the Australian economy over the last 20 years.

The work of the Royal Commission to date boils down to exposing all the expected and natural manifestations of out of control private bank credit creation.

All those shonky introducers, all those finance brokers and loan officers ‘tweaking’ loan applications, all those fanciful assumptions about capacity to service a loan, all those management calls to ‘green light’ or ‘ignore’ dodgy behaviour have been driven by one thing.

The creation of private bank credit as fast as possible.

The true Australian economic bubble has not really been about house prices.

The penny has not yet fully dropped with the general public and many commentators but what the Royal Commission is forensically poking with a very sharp knitting needle are all the crooked practices you would expect to flourish when private bank credit creation is allowed to explode out of control with an effective taxpayers guarantee.

And that is what is freaking out the Liberal Government.

What the Liberals have meant when they have said “sound economic management” over the last 20 years has been nothing more than a ruthless willingness to drive the economy on the rapidly swelling indebtedness of Australian households.

When that is your strategy the rest falls into place:

The Banking Royal Commission is doing nothing more than sniffing around the rottenness that is implicit in the Liberal Party’s economic model for over 20 years.

The Liberal Party is implicated up to their necks

Bubbles are extremely profitable for ‘bubble’ insiders and they know who to thank.

It is no surprise that every day we find there is a new personal, family or other connection between senior Liberals and/or their party and the individuals, businesses and services providers that have made a killing from the private bank credit creation bubble over the last 20 years.

It is those personal links and obligations that partly explain why so many senior Liberals made absurd, emotional and hysterical claims when they resisted the establishment of a Banking Royal Commission for so long.

So will the Royal Commission pop the Liberal Party’s housing bubble?

Not if Scott Morrison has anything to do with it.

Scott Morrison, Kelly O’Dywer, Malcolm Turnbull and Matthias Corman will be working night and day to ensure that whatever the Royal Commission exposes and recommends, in practice nothing changes.

They will do anything to keep the private bank credit creation taps flowing as fast as possible including:

The Liberal Government have given absolutely no indication that they have any intention of abandoning their current economic strategy of driving the Australian economy on a bubble of household debt extended by the private banks to Australian households.

Regardless of the damage to the Australian economy that results from these policies.