It was an interesting interview and well worth the time.

Though I am surprised that Steve Keen is still pushing the idea of a “Debt Jubilee” as an application of QE for the People and I don’t understand why he keeps using the term “Helicopter Money”. I think both are real political and economic lemons to be avoided if at all possible. 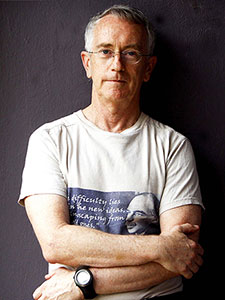 The traditional jubilee was possible because for the most part it was the king/ruler (public) writing off debts owed to them not debts owed between subjects. It is one thing to write off a debt owed to oneself quite another to write off the debts owed by one person to a 3rd party.  Steve alludes to the complications when he talks about handing out pots of money and trying to force debtors to pay down their debts and not just blow the cash and the difficulties in sorting out which debtor debts should have priority in payment.

Apart from the terrible optics and that ‘demonising’ the “free” helicopter money involved in a jubilee will be completed before 8.00 am on Day 1 – if that has not already been achieved to date – it ignores that there is a much simpler and fairer solution to the problem of too much private debt.

And it does not involve a mountain of pork “infrastructure” either. Legitimately needed infrastructure is fine but sadly the “pork to needed bits” ratio of new infrastructure remains high.  Caution, a sceptical eye and cost benefit analysis is essential.

Instead the government just has to raise the tax free threshold on earned income and in doing so produce a larger deficit which is directly monetised by the RBA.

The politics of this will be golden.    Selling the merits of leaving more of wage earners pay packets in their wallets will be a walk in the park.   Raising the tax free threshold allows for the progressive upper levels of the tax bands to be left intact as well –  SJW can relax and jump aboard.

So that the “OMG that is money printing” crowd remain as calm as possible (and that is a big ask), the RBA would not 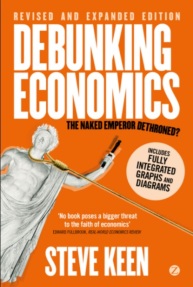 just give the government the money (though they could certainly do that with a few key strokes and entries to the Treasury Exchange Settlement account).

Instead the RBA would ‘buy’ a bond that pays no interest from the government in the amount of the bit of the deficit the government wanted to directly monetise. The RBA doesn’t need the interest so why pay it and it will buy the bond if the government tells it to.

The government should not try and monetise the full deficit straight away as that will panic people, who will have the likes of Ray Hadley shouting in their ear canals. Just a small chunk of the deficit and let that be digested and understood after the usual foam and spittle subsides.  The amount of the deficit that is financed this way can increase over time but may ultimately be restricted to some fraction of the tasks of government that are beyond debate – defence, security, administration of justice etc.   Those functions of government alone will provide plenty of room for direct monetisation.

Leave it up to the people who now have more money in their wallets from paying less tax to decide what to do with the money. Those without any debt can choose to spend it or save it.  If they save it in Term Deposits that increase the supply of Term Deposit funds which will be important as I discuss below.

Those with debts can choose whether to pay down their debts and in whatever priority they are compelled by law or contract to do so.

Will they pay down their debts?

Yes – and the reason is simple.

It will not take long before that extra spending power in the wallets of all those people who do not have debts starts to make its presence felt with greater levels of economic activity. As sure as night follows day inflationary pressures will start to grow as the economy heads towards full employment.  Wages and incomes will start to rise. Business will find they have more pricing power etc.

Needless to say the desire of debtors to pay down debts will also grow as the mortgage rates (which is largely what we are talking about) start to rise from the canvas.

In every successive budget the government can tweak how much of a deficit it will run and how much of it will be directly monetised with a 0% bond sale to the RBA and how much will be raised/monetised indirectly via bond sales in the usual way.

The other thing that will help mortgage rates rise – and which is equally important – is that the government will direct APRA and the RBA to do two things:

1. Unproductive Capital inflow restrictions – Impose restrictions on the banking sector from borrowing offshore with an effective taxpayer guarantee to support their mortgage operations where existing property is the security. This will cut off the supply of ZIRP/NIRP predatory capital to the local existing property speculator market. (The sale of government bonds and mere transfer of title to assets to foreigners will also be restricted as part of this war on unproductive capital inflows)

2. Restrict private bank money creation – Gradually force private banks into becoming true mere intermediaries between savers and borrowers. Reimpose and start lifting reserve requirements on the local banking sector to force them to attract deposits on terms consistent with their lending.  Eventually all of their lending must be completely consistent with the terms on which deposits are placed by savers. This may put upward pressure on mortgage rates as the banks find they have to pay more to attract Term Deposits from mum and dad and SMSF – though the extent to which they rise largely depends on how much of the monetised deficits people are stuffing away in term deposits rather than spending. At the very least mortgage rates and term deposit rates will start to adjust with the removal of unproductive and predatory ZIRP capital inflows from our trading rivals.

Restricting private bank creation of a public money equivalent is critical as otherwise the banks will do what they always do and ‘create credit’ recklessly pro cyclically.

The objective of the exercise is not to jack up interest rates.  The point is to ensure that the economy has as much money as it can handle without inflation or deflation and to introduce that money into the economy in the most equitable and fair manner possible. Interest rates are likely to be much lower without an artificial shortage of public money but regulations fixing maximum lending rates and lending rules generally are likely to be required.

The most equitable and fair manner is by having the government run a deficit doing the critical and beyond debate functions of government and directly monetise some part of the cost of those functions.

What is inequitable is what we have now where the dominant way effectively new public money is introduced into the economy is via the expensive interest trailing commission incurring asset price pumping private bank ‘credit creation’ process.

Calling any of the above “Helicopter Money” is most unfortunate as in truth it is nothing more than public money creation being returned to the control of the public.

What we have now is Private Banker Pseudo Public Money that is created pursuant to a licence that most of the public do not understand and is sprayed by the hundreds of billions at asset prices owned by the few.

And as noted above a Debt Jubilee  has dreadful optics – the idea that people who are debt free should just get a wad of cash from the government sounds dreadful politically but even worse it actually devalues the whole idea of public money created by the public sector into some sort of freebie or giveaway.  Public money created by the public sector represents the full faith and credit of the commonwealth and should be treated with respect.

By the way those crashniks who are certain that the world is about to end and there is nothing the bad guys can do to stop it, should start paying very close attention to what Mr Morrison is up to with his “bad debt” and “good debt” distinctions. 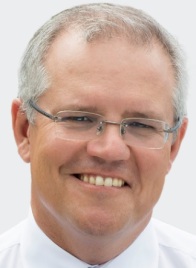 What he is doing is along the path of what I outline above – he is trying to find someway to increase public creation of money but do it within the current private bank dominated model.  Sadly some chartalist schools may support it as being a innovative and creative use of fiat, but the reason he is doing it is to keep the current dysfunctional system alive not to fundamentally reform the system of public money that was hijacked and privatised by the private banking sector over the last 100+ years.

It is true that the current system of reliance on monetary policy and private (household debt) is coming to an end but don’t assume that means real reform or economic justice.

Some mutant form of QE for Debtors is much more likely from the current crop of banker pet economists and pollies like Mr Morrison.