This morning on Macrobusiness there was a call for the state governments across Australia to work together to support a Bank Levy that is distributed to the states and not Canberra.

“..The states should get band together urgently and apply a pro-rata levy right across the nation…”

This is the key.

This is really an issue of state self determination and fiscal independence.

We have a federal system of government and the constitution provides an important role for state governments and clear powers in relation to banking. Why shouldn’t the proceeds of a Bank Levy on the top 5 private banks be distributed between the states? 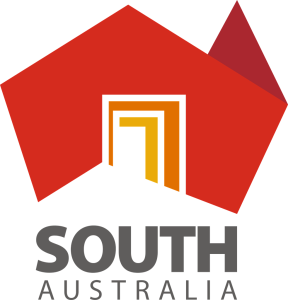 A Bank Levy on the big banks is good

Everyone (except the banks) agrees that a Bank Levy is appropriate so that the 5 large private banks are not getting the support of the full faith and credit of the Australian public for free (they get to borrower cheaper than the smaller banks because it is assumed that they will never be allowed to fail) so it is not a large leap to the idea that the proceeds of the levy should be distributed to the people who are effectively providing the guarantee.

Yep – the average wage earner is the one who will be asked to bail out the big banks so they should benefit from the fee paid for that guarantee.

Some of those supporting the general concept of a Bank Levy include:

“..Importantly, it will also support competition in the financial system by providing a more level playing field for smaller banks and other providers of financial services who compete with the larger banks who enjoy cheaper costs of funding…”

“…The levy is also designed to support competition.

The House of Representatives Economics Committee’s ‘Review of the Four Major Banks’, commissioned by the Government last year, concluded that Australia’s banking sector is an oligopoly and that Australia’s largest banks have significant pricing power which they have used to the detriment of everyday Australians.
This is not a situation that the Government is willing to accept….”

Why should the states and not Canberra receive the proceeds of the Bank Levy?

Rather than create yet another source of revenue that is centralised and hogged by that soap opera in Canberra it makes much more sense that the proceeds, of charging the major banks for a privilege that relies on the support of ALL Australians, are distributed to state governments.   Perhaps a fraction of the proceeds (an administration charge perhaps) might remain with the Federal Government for collecting the Bank Levy on the states behalf.

The imbalance between between tax (Canberra) and spend (states) in Australia is bad enough without making the situation worse with yet another source of revenue being directed to Canberra and left in their hot little paws to pump into pork projects of their choosing.

Better than the GST

While the states governments continue to squabble over GST they should be able to reach a quick agreement to support a larger Bank Levy that is distributed to the states and is in proportion to each states share of national economic activity or some other measure that is appropriate.

No tricky formulas that favour some states or are hard to explain.

Revitalising the states and reducing the Canberra ‘elites’ control obsession

If the South Australians frame their Bank Levy as an exercise in revitalising federalism, poking Canberra’s clowns and state self determination, and seek support from other state governments they will have an effective counter to the outrageous propaganda campaign being waged across South Australia by the Australian Bankers Association and the individual banks who are trying to thump South Australia into submission with barely disguised threats.

That the South Australian Liberal Party were stupid enough to fall for opinion polls run by the Australian Bankers Association and oppose a higher Bank Levy was breathtaking but then we cannot expect the ‘vision thing’ from everyone, especially those rattling their corporate donation begging bowls.

So why should South Australia go it alone?

The only way to get such a scheme up and running is for South Australia to impose its own Bank Levy now and encourage the other states to do so as well. That will make it clear that this is a serious issue for the state and not just hot air.

More than a few of the other state treasurers will jump aboard once they understand that this is for real and is happening.

Once imposed by South Australia and a fact of life there can be discussions about the most efficient way of administering the levy.   It is likely to make sense to have Mr Morrison collect the Bank Levy on behalf of the states and pass it on directly to each state government.

If the states feel generous they might throw a few coins towards Mr Morrison for his services in that regard.