South Australia pays the price of the LNP obsession with #FakeInvestment

The biggest challenge facing South Australia and other regional parts of Australia is the preferred LNP Australian economic model which favours unproductive speculation and #FakeInvestment in the form of private bank credit creation “household debt” directed towards asset price speculation.

Howard and Costello gave this debt driven economic model their full support by introducing a model of “independent” banking regulation, in the form of the RBA and APRA.  This new model was described as ‘independent’ but in truth was willingly and rapidly captured by the interests of the banking and finance sector.   The relationship between the private banks and RBA and APRA is so inherently intimate that anything less than a Vulcan mind meld would have been a surprise.   To further advantage the banking and finance industries they introduced a capital gains tax discount that made debt based punts on asset prices a very profitable and tax effective exercise.

Mr Scott Morrison has done nothing but seek to encourage and support more #FakeInvestment since becoming Treasurer.   He is hopelessly addicted to the sugar rush of household debt fuelled economic activity.

Debt based punts on increases in existing asset prices is #FakeInvestment.   They add nothing to the productive capacity of the economy.

It is inevitable that when this is the “monetary model” operating at a national level, centralisation of economic activity to a few key asset markets will tend to occur as the safest debt based punts are those that follow earlier debt based punts.

Keep betting on black or as close to black as possible.

Keep betting on Sydney and Melbourne house prices with scraps for everyone else.

As unregulated capital inflows flooded in, from overseas from capital markets manipulated by foreign central banks, to participate in the Australian #FakeInvestment boom the exchange rate was put under upward pressure and the competitiveness of the real productive sections of the economy declined. 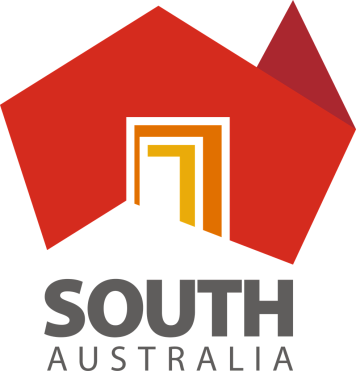 While bending the economy out of shape to create room for a massive historic mining boom did not help, the far greater longer term problem has been the hundreds of billions of dollars in external liabilities clocked up by the private banks and the Federal Government.  Those rising external liabilities, especially the ones directed to supporting #FakeInvestment punts on existing asset prices pushed the $AUD above what our trading performance warranted and resulted in factories and businesses closing across Australia for the last 20 years.

Redirecting policy towards productive investment will take some time but one of the first steps is for APRA to be disbanded and its functions to be reabsorbed by Treasury.

APRA is not fit for the purpose of ensuring private bank credit creation is productive.

While in recent times, as #FakeInvestment in Sydney and Melbourne existing property exploded like a bushfire, and APRA have finally taken some action, it is quite clear that APRA is fundamentally unsuited to regulate credit creation because the fundamental premise of APRA is that credit creation can be safely left to the “market”.

Well we did that for the last 20-30 years and we have seen asset prices and household debt go mad and productive industries wither and die.

At core APRA is little more than a pseudo “independent” outfit informed by neoliberal ideological obsessions and captured by the banking sector.  Simply APRA operating as intended is the problem.

At the very least APRA must be required to report on changes to its credit creation regulations publicly just as the RBA does for interest rate policy.

The sooner SA ALP and Federal ALP get their heads around the problem the sooner they will start working out what REALLY needs to be done.

Do this and there will be less need to announce policies like those announced by Bill Shorten and Kim Carr whereby a future Federal ALP governments tries to cure a massive private banking sector failure with $1Billion worth of investment crumbs to smooth the pillow of dying Australian manufacturing.

Think about the hundreds of billions that have been directed to pumping up the prices of existing houses in Sydney and Melbourne and compare that to the $1 Billion on offer from Bill and Kim to address the problem.

A Liberal National Party economic model dependent on #Fakeinvestment in the hundreds of billions of dollars is the problem and that is where to start. 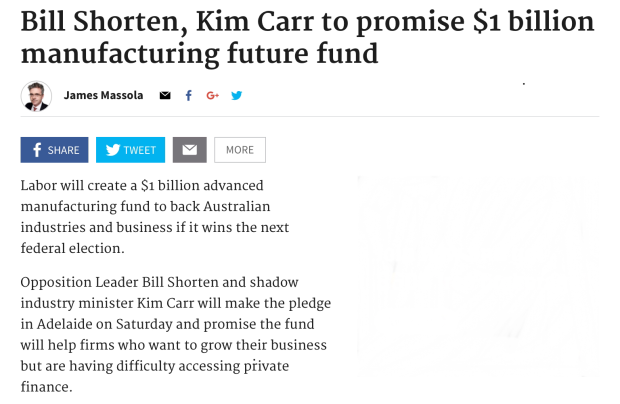