This is part 5 of the multi-part series “Fixing Oz Banks”.     Earlier parts appear below:

Part 1 discusses how private banks use their legal privilege to ‘take deposits’ to create deposits ‘out of thin air’ and extract interest in making these created ‘deposits’ available to the public.

Part 3 discusses how the relationship between the RBA and the Private Banks with regard to ‘deposit creation’ should be reversed and instead the RBA become the exclusive and interest free creator of the deposits required by the public monetary system.

Part 4 discusses how the first step in the reform process involves nothing more than the RBA allowing any Australian to open a deposit account at the RBA so they can save conveniently and securely in 100% safe central bank liabilities.    See also the following additional post on how the RBA effectively forces Australians to save in the form of unsecured loans to private banks.

Part 5 is a discussion of some of the implications of allowing Australians to operate MyRBA deposit accounts at the RBA. 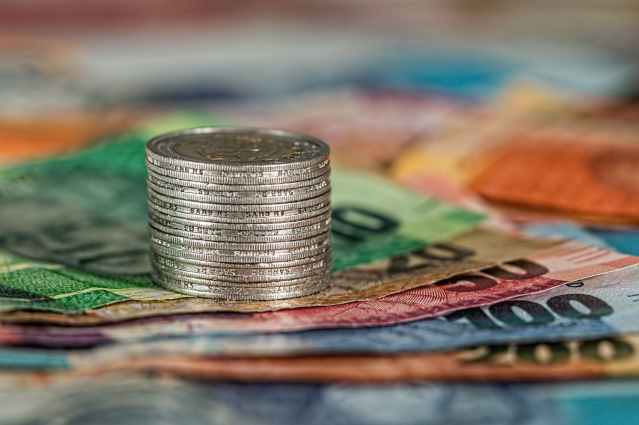 Keep in mind that the proposed new MyRBA accounts will be quite simple and relatively unexciting…at least initially.

Like any new service, initial demand for something as relatively unexciting as a MyRBA deposit account may be quite low.    This is not a bad thing as the small numbers of ‘early adopters’ who are keen to have a MyRBA account will allow the RBA time to test their new systems and processes and plan resources for increased demand for MyRBA accounts over time.

What will be the impact on the monetary system?

Initially the impact is likely to be minor.

This is a good thing as it will allow the RBA and other parties to closely study the impact of the introduction of MyRBA accounts.  Keep in mind there will be many naysayers and “negative vibe” merchants grumbling and announcing the end of times, so a slow start is the best way to ‘settle the horses’.

Considering the accounts will not pay interest and may initially offer limited transaction type services, ‘early adopter’ MyRBA account holders are likely to use them as a ‘risk free’ form of saving. A bit like how some people keep a few ounces of gold in the sock drawer for the day the financial system completely implodes. Apart from transferring in an initial deposit they may not wish to make frequent transactions.

But even with just a few early adopters it is possible to outline the likely impacts.

The early adopters who open MyRBA accounts will likely transfer some of their private bank bank deposits (aka unsecured at call loans) to the RBA.    Assuming a transfer amount of $10,000 this will involve the following simplified accounting entries by their bank and the RBA.

The interesting aspect of the above transaction is that the Bank RBA ES account balance has fallen and the Customer MyRBA deposit account balance has risen.    Initially the small transfer amounts of MyRBA ‘early adopters’ will be of no consequence but in principle if enough transfers take place the falling bank ES account balances may place upward pressure on the interbank or target rate which the RBA seeks to control (whether the RBA should be seeking to manipulate the interbank rate is another thing and will be dealt with in future posts. At this point we will assume the RBA will continue to try to control the interbank rate).

Of course the banks will not be sitting on their hands and will probably start offering more attractive interest rates to induce MyRBA account holder to transfer / lend some of their MyRBA balances back to the banks. If they are successful the banks ES account balances will rise and the MyRBA balances of account holders will fall.

There is nothing wrong with this, and arguably it is exactly how the public monetary system should work.    The general public will save in the form of completely risk free central bank liabilities and if they wish to obtain a greater return they will enter a contract (say for a share in a start up business, a share in a company, a bond issued by someone) with some other party and transfer some of their MyRBA balances to that other party.

This transaction does not involve a private bank at all. It is simply a movement of central bank liabilities.

If the RBA seeks to maintain a particular target interbank rate and falling ES account balances put that objective at risk, it may need to buy more  financial assets from the private banks and credit their ES accounts.  When it buys those assets both the asset and liabilities side of the RBA balance sheet will expand.

There is nothing inherently dangerous about a larger RBA balance sheet.

Keep in mind that the RBA has not made ANY loans in any of the above transactions.  So it is not vulnerable to ‘bad debts’ like a private bank is when it makes a loan.  All the RBA has done is buy financial assets, issued by the government, from private banks and paid for them by crediting their RBA ES accounts.

But what about all those MyRBA account balances that are getting larger in aggregate as more and more people open MyRBA accounts?

If people are building up their MyRBA account balances that means they are saving and not spending or investing.    They are also not being paid any interest.

It will be  interesting to see what people do when they are able to save risk free but are not paid any interest to do so.   Will they continue to save or will they just use their MyRBA account for a limited super secure ’emergency rainy day’ fund?  How will they respond to a trade-off between complete safety and reward?

The short answer is that no one really knows.  To date people simply have not had the option of saving in Central Bank liabilities….other than the contents of their coin jar and a mattress full of $100 notes.

Keep in mind that when MyRBA account holders spend they are transferring some of their MyRBA deposits to someone else. Either another MyRBA account holder or to someone who is continuing to maintain a deposit account at a private bank, in which case the banks ES account balance will rise when the recipient of the spending – ‘banks’ the transfer.

But what about inflation – Wiemar and Zimbabwe and Venezuela

Fortunately a slow uptake of MyRBA accounts will allow the expected flock of hawke eyed inflation spotters to be watching like…….um hawkes!

It is difficult to say whether an expanded RBA balance sheet will have an impact on inflation as no one really knows what impact a super secure form of saving will have on behaviour. It is possible that people will just save and increase MyRBA balances and not actively consume or invest. Perhaps they will do the opposite.

To the extent that a combination of private bank deposits and expanded central bank deposits DOES have an impact on inflation there are a range of possible responses. The essence of the approaches will be to try to reduce demand.

This might be achieved by introducing requirements that banks hold as assets central bank liabilities equal to a percentage of the liabilities they create through lending.

But what about all the centralisation that this involves?

Considering the way the current central bank role is largely restricted to supporting the business model of private banks, scepticism is understandable. Why trust a central bank when their track record is so dismal?

Some have suggested it would be better that rather than give a greater role to Central Bank liabilities a greater role should be given to the liabilities created by small – not for profit and decentralised – organisations through lending for productive purposes.  In other words, stick with the current model of deposit creation by lending but regulate it so it is more in the public interest.

There is some force to those arguments, especially if the lending decisions are subject to regulation that encourages lending for productive purposes rather than asset price speculation, and they will be discussed in more detail in a future post, but it is worth noting that in the MyRBA model outlined above the central bank has no role in terms of controlling the purpose for which its liabilities are created.  The central bank will not be making loans to create central bank deposits, it will just create deposits as transparently as possible.

If the RBA is simply buying/selling financial assets in order to maintain the inter-bank target rate it is not making decisions as to the purpose of Central Bank deposit creation.  In the event that the RBA abandons targeting the interbank rate or there are no suitable assets to be bought and there is a view that more central bank deposits are required – perhaps to avoid deflation, the government can direct that deposits be created by the Central Bank and distributed by the government as per whatever mandate it claims to democratically have.

For example the government may decide to spend the additional central bank deposits created to its account on a new rail line, improved library services, better roads, more schools etc.  Or perhaps a once off increase in the tax free threshold.

If anything, it is likely that the current ‘lever pulling’ capacity of the RBA will be reduced, as MyRBA account holder decisions as to what they do with their central bank liabilities become the major determinant of economic activity.

A decentralised model, even if it features a lot of not for profit or public organisations, inevitably involves someone deciding the purposes for which deposits are created in the process of lending.    This is inherently political and will require regulation to control the exercise of the discretion.

Perhaps a democratic political process can regulate that discretion appropriately so lending decisions are more productive than unproductive but perhaps it is better to leave the issue explicitly to the political process in the form of government decisions whether to increase or decrease the volume or distribution of central bank deposits by running a fiscal deficit or surplus or through expenditure and taxation policies.

But in any event, if a decentralised model is preferred, where liabilities are created by not for profits and similar types of organisations in the course of lending for productive purposes, a large transitional role for central bank liabilities may be essential to overcome the likely resistance and to reduce the power of the highly concentrated Australian banking industry.

At the moment the large Australian private banks and their ‘liability’ creation decisions massively dominate the public monetary system and have fundamentally distorted asset prices (especially housing) across the economy. They simply have the capacity to hold the economy to ransom.

” Give us what we want or the housing market gets it”

As we can see every day in the papers the entire nation is gripped by the consequences of any change in private bank lending decisions related to housing.

Increasing the role of Central Bank liabilities by expanding the Central Bank balance sheet by growing MyRBA deposits in a transparent way should allow the monetary system to be weaned off private bank deposits arising from asset price ponzi lending decisions with much less risk of disruption to economic activity.

If a decision is then made to allow productive lending by decentralised not for profits etc it should be easier to do so without very real threats and blackmail by the existing very dominant private banks.