House Prices – Can they fall without crashing the economy?

Sure there are a bunch of Bernard Salt types roaming the popular press insisting that if people stopped eating squashed tropical fruits and other fripperies they would be able to afford the unaffordable, but most understand that they are being paid as agents provocateur to “stir shit up” with smug prose and distract people from the real issues.  Things like how our barbaric relic of a monetary and banking system for instance is ruining our economy. 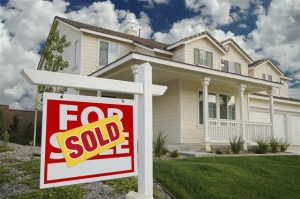 But in all the column inches devoted to this topic very few discuss how housing prices might return to planet earth WITHOUT crashing the economy.

There seems to be an assumption that prices cannot return from orbit without sending the four horseman into apoplexy.

So whether you are a “crazy Crashnik” who reckons a price purge is unavoidable and good for the soul OR a committed house price bubbler who will vote for anyone who tells you that rising house prices are proof of your virtue and canny thrift and self denial EVERYONE seems to be agreed that if house prices DO fall it will be the end of life as we know it.

There is simple explanation for this miserable state of general agreement.

The Australian economy has been thriving on regular and steady increases in the level private debt / household debt for about 20 years.     The reason is that the extension of credit by the banks to home buyers amounts to an expansion of the money supply and an expanding money supply makes for a happy economy (especially asset owners).

In other words the banks have been creating hundreds of billions of dollars of new money and spraying it at house prices.

That is why house price inflation has been going through the roof while the CPI type of inflation has remained low.   All that new bank created money has been locked up in bank accounts associated with house price speculation.  While some trickles out into the wider economy not much.

That weak leakage from the housing market is how RBA and APRA and Scott Morrison rationalise pumping hundreds of billions into the price of housing.  It keeps the economy on life support and makes asset owners filthy rich (aka deteriorating inequality).  What’s not to like!?

It is a hugely expensive and inefficient method of introducing new money into the economy.

So why did we suddenly think going gaga on household debt was a brilliant idea?

This growing economic dependence on household debt has the been the result of the ideological determination to restrict the use of fiscal policy.  If the government doesnt create new money by running a deficit then the reliance on new money created by the private banking sector is even greater and if that mechanism proves inefficient in stimulating real economic activity then ever larger amounts of private debt are required to keep economic activity ticking over.

All that ‘fiscal conservatism’ and balanced budget mania only worked because households were going crazy on debt and the RBA and APRA and guys like Scott Morrison and John Howard were egging the process on with lower rates and tax policy that made speculating on house prices a bonanza.

Is the connection now clear? The switch was all about making private asset owners rich and tying the hands of government.

The sickness and failure of this Australian economic model has become so profound that even as household debt continues to grow to world record levels, Mr Morrison has been forced, despite his bullshit, to run public debt very hard with the outstanding balance now about to crack $500 billion.  If he was really worried about the debt he could stop spending but he knows that without the growing debt and the money created by it, the economy would already be in recession.

But this horror story just brings us back to where this post started.

Is there a way out of this mess created by this highly ideological fact free monetary nuttery?

But it involves some changes to the preferred method of introducing new money into the economy.

Not big changes but in Australia any change is a big deal.

The first step is to start directly monetising some of the federal deficit.   This can be done simply by having the Treasury issue some 0% bonds to the RBA who in return will credit the Treasury Exchange Settlement account.

This means that some of the Federal Deficit (which involves money creation) will now be financed without incurring any interest charge.  No interest bill for the kids.

As the supply of “swamp water”- interest bearing new bank credit as public money – slows and is gradually drained and is replaced with fresh water – new publicly created money that is not created with an interest trailing commission attached – the current mess will gradually resolve.

The economy will not be dependent on new private debt to allow interest on earlier private debt to be repaid.   Gradually people will pay off their household debts.  As people save the new publicly created money and those deposits grow APRA can insist that bankers use an increasing % of deposits deposited at term or specifically nominated for investment to support new lending.  In other words become true intermediaries between savers and borrowers.

But will house prices fall?

Yes – without the fire hose of bank created debt being sprayed at them house prices will soften.  They are unlikely to collapse but they will go no where for an extended period or slowly decline in nominal terms.

Keep in mind that while housing no longer has a torrent of new bank money directed towards it, the economy will be thriving generally from the reduction of taxes / increased expenditure involved in supplying the new source of interest free public money.

People will be able to pay their mortgages and other people will have incomes to take on mortgages.

But why wont the economy crash?

Because the economy is now no longer dependent on private bank credit creation.  Especially credit creation sprayed at house prices.   We are now switching to a fresh untainted supply.

A steady supply of new money, that is not created with an interest trailing commission, is being introduced by the government by doing nothing more than the routine tasks of government.

No crazy big government socialism.   No grand but dud plans from Canberra.

Even if you hate the current size of government and want to wind back the role of government this approach will still work.   Currently the Federal Budget is about $400 billion.   If you cut that by 25% to $300 billion you could still add oodles of new interest free money into the economy simply by cutting taxes to produce the required deficit.

As with anything we should start the process slowly to settle all the nervous nellies and hose down the horror stories and fear mongering from the banking industry and then pick up the pace as or when required.

The only thing that is important to keep in mind is that unproductive capital inflows should be restricted to ensure that an inflated exchange rate does not continue to destroy our exports and import competing industries.    But this is important regardless of whether action to solve our “public and private ” debt pickle is undertaken.

We can unwind the stupid policies that made our economy excessively dependent on private bank credit creation.

Doing so will remove the pressure for house prices to rise endlessly as a driver for new private bank credit creation.

Fixing the problem requires only some minor adjustments to how we think about fiscal deficits and how they are financed.

While we don’t have many politicians that have the ability to drive the required debate it will only take a few good ones.